Some kids are absolutely fearless and won’t let anything stop them. They will try just about anything without a second thought, or even caring about the consequences.

But for some kids, they find themselves shy and scared of situations. They are unwilling to try new things and think that certain things are terrifying.

It can be hard as a parent to understand where these fears and uncertainties come from. They often don’t make sense and can seem silly and irrational to us. But to them, these fears are very much real.

So you might wonder, how do you teach a child to be brave?

Many kids think that being brave means not being afraid. It’s important for them to realise that bravery is about doing something even though they’re scared. They need to learn not to let their fears hold them back. If they wait until they don’t feel scared to try something, they may never do it. And they can miss out on so much.

So why is it important for kids to be brave?

Kids can miss out on a lot when they are feeling unsure of themselves and aren’t willing to try anything new.

They can miss out on learning vital skills, and miss out on so many opportunities in life if they doubt themselves and think they can’t do something, or think that everyone can do it better than they can, so why bother?

It is a mindset that needs to change.

Because it’s important for kids to find their confidence to speak up and be themselves. They need to find their place in the world and not let others tear them down. Because they will come across many people like that in their life, and you can’t always be there to help them, so it’s important they can stand up for themselves or for others who can’t. 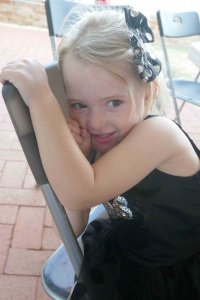 How to Build Courage in Kids

Be their safety zone

Try not to push them into trying things, try more to encourage. Be there to help them until they feel ready to do things on their own.

It’s okay not to be perfect

Nothing in life is ever perfect. But the more they try and practise, the closer they will get to it. It’s all about improving and doing their best. If they feel like just because they can’t do it perfectly, it means they’ve failed, they won’t ever want to try.

Kids learn a lot from us. They take in a lot more than we realise. It’s important that they see how you deal with things and the emotions that comes with it. If they just see the end result, they won’t know what it took to get there. Things don’t just happen. Talk to them about how you pushed through your own fears and anxieties to get to where you wanted to be.

Encourage them to try something new. Even if it’s little things here and there. A new class, a new project, something they enjoy or they might like and see how it goes. You can help them at the start and then see if they can do more and more of it by themselves.

It’ easy to let negative self-talk take over, especially for kids who can hear these words from other kids and they believe them and it can be hard to convince them otherwise. Self-talk can greatly limit their courage by constantly telling them they aren’t good enough, or can’t do anything. Encourage them to do the things they think they can’t and give things a go. Bit by bit, that negative self-talk can become more positive and they will be more likely to give things a go.

Encourage a sense of adventure

Try new things, go somewhere you’ve never been. Get outside your comfort zone. Both theirs and yours. Show them the kinds of things that can happen and the fun that can be had when you are willing to try something different. Maybe they won’t like it, but that’s okay. The more things they try, they will find something they love.

Make sure they understand

Sometimes kids are afraid of things because they don’t quite the situation. Ask them what they are worried about, or what they think might happen. You might be able to clear up some misunderstandings. Once you get a better idea of where their fears or anxieties are coming from, you may have a much better idea of how to help them through it.

Brave is staying true to themselves

Make sure they understand that being brave isn’t about doing the things that everyone else is doing because it’s scary and it will take a lot of guts to do it. If something doesn’t feel right to them, it is more important to say, ‘no’ which is braver than doing something they know they shouldn’t do, just to please their friends or other people.

It can be hard explaining courage to a child. Courage isn’t being reckless, or doing crazy things just for the sake of it.

Courage can be trying something new or standing up for something they believe in. Taking a chance and giving something a go even if they don’t think they can.

They need to know how to push through the fear and the anxiety telling them they can’t do something.

Tell them they can be brave even if they don’t feel like it. Because doing things when you are scared is even more brave than when you have nothing to fear.

They need to know, it’s okay to be scared. It’s okay to be afraid. But it shouldn’t hold them back from having fun and doing things they want to do.

When they believe in themselves, they can do just about anything.

Helping kids to be brave doesn’t happen at once. Taking it step by step to help build their confidence will show them they can do things and they will start doing things on their own.

Bravery is there inside them. It just needs a bit of help to come out.

How have you encouraged your child to be brave? 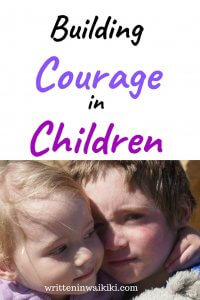 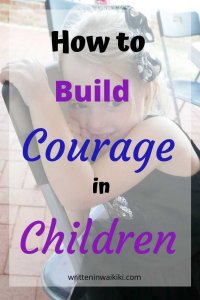 Why Being Bored is Good For Kids

Things You Should Never Say to Your Child 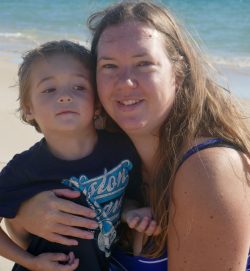